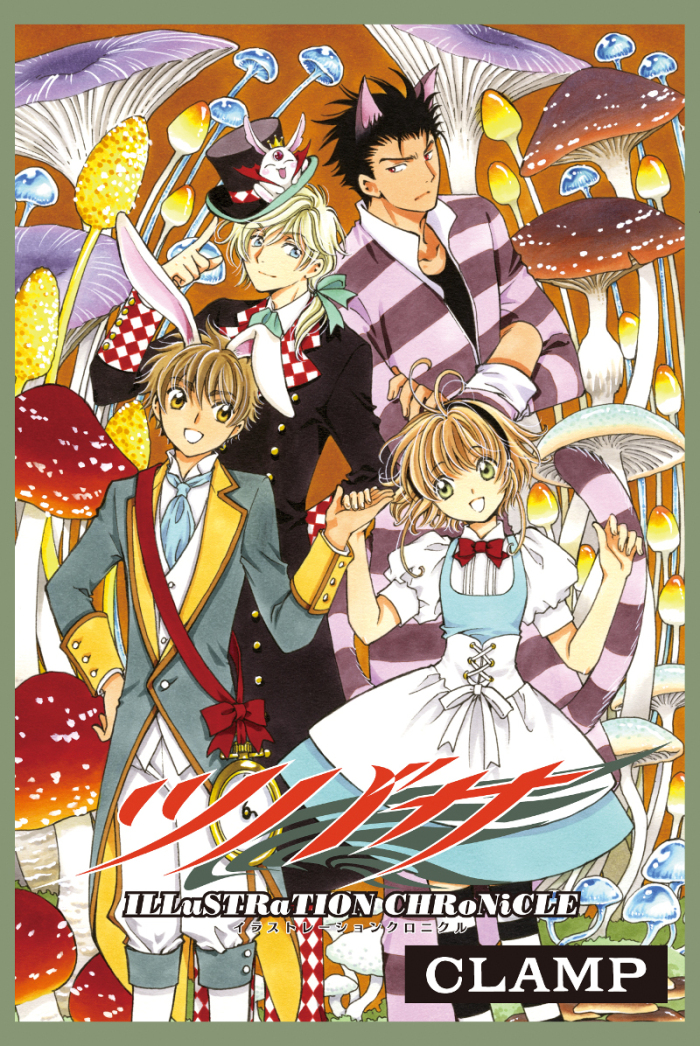 Tsubasa Illustration Chronicle was released a few days ago in Japan, on December 2d.
It was presented as a 'mini artbook', with exact the same dimensions as the manga volumes and 68 pages.
It doesn't have a dust cover and the only new artwork is the cover of the book.

What actually pleased me, surprisingly, were the black and white chibis we got in the very last pages: chibis of the characters as waiters, original drawings of chibis used to make keychains/photo frame which were sold last year, and the little chibis that are actually the cover of a tumbler that could be won if you participated to a game included in one of the shounen magazine special.
Collapse